What our clients say

“Dear Peter, Thank you so much for all your work so far on my behalf. I really appreciate your help, compassion, and understanding during this very difficult time. You and Millie have been a beacon of light!”

“Peter, It has been a real pleasure working with you and Millie. Who would have thought that making a Will would be so much fun!”

“Dan is the best. Unfortunately my divorce/custody situation is high conflict, but Dan is always a voice of reason. He is incredibly down-to-earth and always gives advice that is grounded, trustworthy, helpful, and real. In these situations, having someone who knows the ins and outs of the system and is 100% real with you is invaluable. Dan is all of those things, and I can’t stress that enough. It’s also really important to get responses to your issues–even if just to set your mind at ease, and Dan is extremely responsive. Can’t say enough good things about him, and if you need a strong lawyer who will listen to you and take care of you, Dan is your guy.”

“Dan went above and beyond to help with my DUI defense. With his help and hard work, I was able to avoid certain disaster in my life- Family, Financial, Career… He is a Life Saver and I’m forever grateful.

A few years ago I made a terrible mistake. I left the bar on St. Partick’s day (night) after a full evening of celebration. Rather than walking home, which was my original plan, I got behind the wheel and was subsequently arrested for DWI. There was no mistaking the fact that I was intoxicated. I was taken to the hospital where my blood test revealed that I was in the highest tier for penalty purposes. I was facing Jail time and 12 Months Suspended License.

In an attempt to reduce my penalty and suspension we petitioned for ARD from the prosecutors office. To our dismay, we were rejected due to a prior offense in another state (that had been expunged). I thought my life was over. A 12 month license suspension would have surely ended my career and would have probably ended my marriage as well. Dan could have accepted the answer. He was already paid for his services, and did his job per our agreement. However, because he cared about me and my family, he didn’t give up and found a way to fight…

Through some research and leg work, he discovered that the misdemeanor that prevented me from qualifying for ARD would have been only a Summary Offense in PA- thereby making me eligible for ARD.

We appealed the initial rejection by the prosecutors office, and based upon the information provided they reconsidered their decision and accepted me into the program. My suspension was now 60 days, no jail and the criminal charge would be expunged after completing a probationary period. This was huge!

When I was seeking an attorney to represent me, I was really worried that DUI defense was easy money for the attorney. I thought that I was paying a lot of money for no real representation, as the statutes pretty much define the outcome. However I also knew that I could not go through it alone. I am so glad that I was introduced to Dan. He earned every penny, and I am forever thankful.”

I spoke with Dan for the first time and immediately trusted him. His expert knowledge of the legal system made him the perfect choice to handle all of my personal matters. I will not use any other attorney in the future as long as Dan is available. I have recommended him to several people with complete confidence.

“Dan represented me in a divorce case for a little over a year. During that time, I counted on Dan to guide me through the process. He was always professional, yet I got the feeling he genuinely wanted me to succeed post divorce. Having no knowledge of this process, I needed a lot of step by step directions. I feel as if Dan helped me understand my rights, as well as fought to get me the best PSA available. He was extremely good with his communication as far as getting back to me when he said he would. Even if he had no news, or the news wasn’t good, his responses were timely. During this process, I was told by a friend that sometimes you just had to trust your lawyer’s advice. I’m glad I listened. There were times when I was confused and uncertain what to do and I trusted him to do what was best for me. I don’t regret it at all. Dan has a real passion for what he does and from my perspective was very knowledgeable. My relationship with him during this divorce was a good one. I would be happy to recommend him and will use him again if I ever need a lawyer.”

“Scott handled my criminal defense matter. Personable, knowledgeable, energetic and a strong attorney – would not hesitate to work with Mr. MacNair again or to recommend him to anyone.”

“I recommend Daniel Keane to anybody looking for a lawyer for family law. I’ve used Dan for the last couple years now, and have been very satisfied with his services. He is extremely honest, knowledgeable, informative, helpful, and dedicated. Always easy to get in touch with, and quickly gets back in touch if he is at a conference, in court, etc. Dan is also very fair with prices, and will work with any budget. He also will put it out there that while he has no problem filling out certain paperwork, there is certain simple paperwork we are able to fill out ourselves to save a couple hundred. Overall, I am extremely happy with Dan’s services and would highly recommend him to anybody!!”

“Thank you so much for your expertise and knowledge! I am tickled with the results! I will keep you in mind.”

“My college professor told me that, ‘The moment you think you can’t afford a lawyer is the moment you can’t afford not to hire one.’ This resonated in my thoughts as I read over the letter I received from Scott MacNair. After meeting with him, I knew immediately he was the perfect lawyer for my case. His years of experience grabbed my attention and came into play when we arrived in the courtroom. This is where Scott MacNair mastered being a lawyer. It was his stage and he captured the audience. From his opening statement to the closing argument, Mr. MacNair was eloquent, no detail forgotten and phenomenal. I didn’t know if he was fighting for himself or me? However, I knew we won! I recall watching the look on the jurors’ faces as they sat up straight giving Mr. MacNair their full and undivided attention as he took them through the case pointing out the flaws in the Commonwealth’s case. They nodded and agreed with each point he made. When Mr. MacNair finished and walked over to sit, all I could think was, this man, who barely knows me, has worked so hard as though he has known me for my whole life. Following the trial, several of the jurors waited for us to meet Mr. MacNair and get his card. It is very safe to say, the jurors and I would most definitely recommend Scott MacNair to anyone who needs a lawyer.” 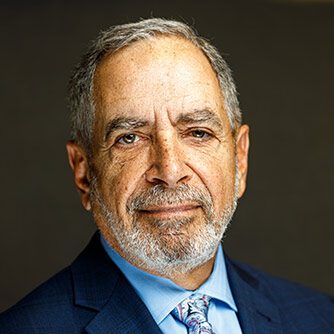 Hal Barrow, known to some as the Pacondolawyer, has represented 100’s of community associations since 1985, and has seen just about every issue in association life.