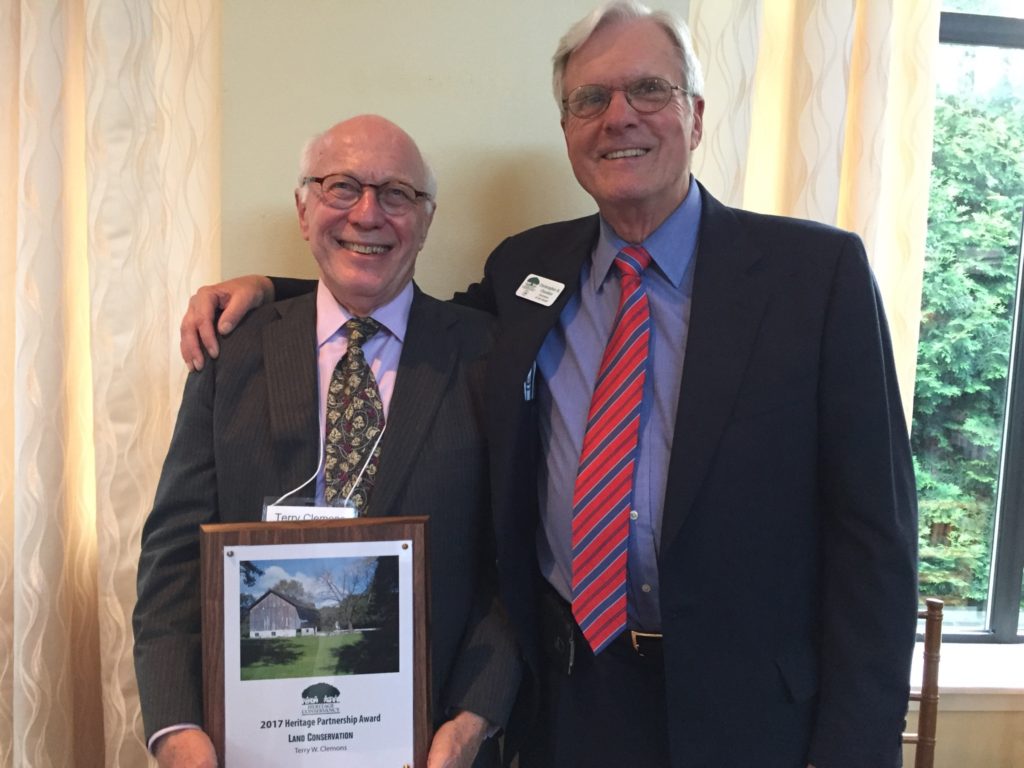 The law firm of Clemons, Richter & Reiss is pleased to announce that Terry Clemons is the recipient of Heritage Conservancy’s 2017 Land Conservation Award.

Heritage Conservancy is an accredited not-for-profit land conservation organization that is dedicated to preserving and protecting our natural and historic heritage. The award was presented to Terry at the Heritage Conservancy’s Annual Member Appreciation and Donor Recognition Event, which was held at the Aldie Mansion in Doylestown on June 7th, and was later announced on their website. The event was attended by a record-breaking crowd of 240 members and business partners.

Terry is the founding partner of Clemons, Richter & Reiss, a “boutique” firm of seven lawyers in continuous business for over 30 years. Terry has served as Solicitor and Special Counsel to municipalities since 1977 providing representation in the broad range of issues they confront, including land use, Ordinance preparation and Open Space preservation. Terry has also represented private property owners concerning preservation matters, including the sale of conservation easements to Bucks County and other municipal entities as well as securing charitable deductions for contributions of open space interests in real estate.

The firm has always been proud of and supported Terry’s dedication to land preservation in Bucks County and is pleased to see Terry’s efforts recognized.